Today, October 15th, is International Infant Loss Awareness Day. At 7pm across all timezones worldwide, bereaved parents and their families and friends are invited to light a candle in memory of a precious child or baby who has died.

On October 15th 2014, just 3 months after Romy died I lit our candle. Made from cornflower blue glass and gifted to us by my sister in law in Romy’s memory, its candle holder is very special to me and sits on my desk next to Romy’s photograph. It has a particular glow about it that bathes everything in soft blue light, which is how I like to remember our daughter’s essence.

Last year, on October 15th 2015 I sat looking at this candle holder from my sofa but I did not light it. Just a few hours previously I had given birth, practically on that spot, to our fourth child; our adored youngest son. The irony was not lost on me that the bearer of so much healing for our family should choose to make his arrival on a day marking infant loss, when the memory of Romy is so strong in my mind.

I sat and looked at that candle for such a long time but I could not bring myself to light it. I still don’t know why. Perhaps it was because this was the day of my son’s birth; the one day that really should be all about him and nobody else. As I sat and drank him in I found myself wondering how much like Romy he looked, whether their births had any similarities, what she would think of her little brother were she here now. Overshadowing those glowy thoughts, in the back of my mind, were the ones I didn’t want to give head space to: what if he has the same condition? What if I love him as fiercely as I love my other children and he dies? What if I fail him?

This year, I will light the candle for Romy. Earlier in the day we will light another single candle on the birthday cake of our youngest son. Family will be around us, the children are already excited about the balloons, the cake, the opportunity to spend time with grandparents and an aunt.

I feel very emotional about this day. Part of me never took it for granted that we would get to this point. For some reason, from the moment M was born I held one year up as a kind of milestone. Whenever my mind started to go to the place where I agonised over what would become of me if I lost him too, I kept saying to myself, ‘We just need to get to a year.’ It’s a bit like what everyone tells the newly bereaved or the recently married: ‘The first year is the worst.’

Except it isn’t. The first year after Romy died I was in a bubble, cocooned by shock, trauma and the love and attention of the many people who reached out and offered us help. I emerged from that year thinking, ‘Okay, I got through that bit, the bit that everyone says is the worst part. I can carry on now.’

Then the second wave hit me and it blindsided me. The shock was wearing off, I was pregnant, we had moved home and I found myself having to deal with practical decisions to do with our new house and our new baby while still trying to process what had happened to our previous baby. Our eldest son was struggling and required a lot of my help, attention and love. I worried incessantly about our daughter, in the eye of an emotional storm. Some days, I staggered on and wondered when I got to bed whether I had moved at all. Life felt inert, stuck. I was experiencing elements of grief which had so far evaded me.

Passing the two year marker in July of this year gave me a fresh perspective and somehow helped me to take another small step forwards. This past year has in many ways been one of miracles. Even though he is my fourth child, I have savoured every single moment with this baby. It helps a lot that he has the sunniest disposition I think I’ve ever known, but even without that I have found myself marvelling at literally every little thing that he does.

Romy was only four months old when she died, but as long as I could legitimately refer to M as a ‘baby’, the comparisons were there. To me, they look a lot like each other so me holding him would suddenly become me holding her. As we move forwards there will be inevitable ‘what if’ moments, accompanied by ‘she never got to do this/I never saw her do that’, but I see her in my mind’s eye a lot and try my best to imagine what she would look like, how she would be. I like to think that not all of this is my imagination.

Moving from baby to toddler is a momentous shift. M has been walking for some weeks now and it really does feel like we are in a whole new phase. I’m still breastfeeding him but those feeds are becoming more and more about the luxury of snuggling together rather than the necessity of food. It’s a gradual process, but I am slowly regaining a little more of ‘me’, and as I emerge from this phase I am surprised to recognise some of the ‘me’ I used to be.

I am moving forward. I am starting to face outwards again and become more than a mother who is without her child. I am reconnecting with a creative energy that used to propel me forwards in my life and I am harnessing it, asking myself how I can tap into it, use it to reach others, to create something of value. This will, I am sure, help me to honour my daughter’s life and give my own life a renewed sense of purpose outside of raising my children.

International Infant Loss Awareness Day is a wonderful initiative, which I hope very much will raise awareness of an experience that no one wants to have, or even to imagine themselves having. It’s somewhat paradoxical that it causes us to remember the children who have died, when in actual fact those we perhaps need to remember are those left behind and affected by that loss.

I light a candle in my daughter’s memory but I also send that candle’s light to the homes of all those affected by the death of a child. It’s as much as we can do to reach out and to send light into those dark corners so that those who grieve in them know that they are not alone. It was intentions like these that helped me so much in the early days of my loss. Sometimes it’s the simple things that have the most impact. My youngest daughter’s life, although short, is already showing itself as an enormous force for good and this is what I remind myself of every day that I wake up without her. 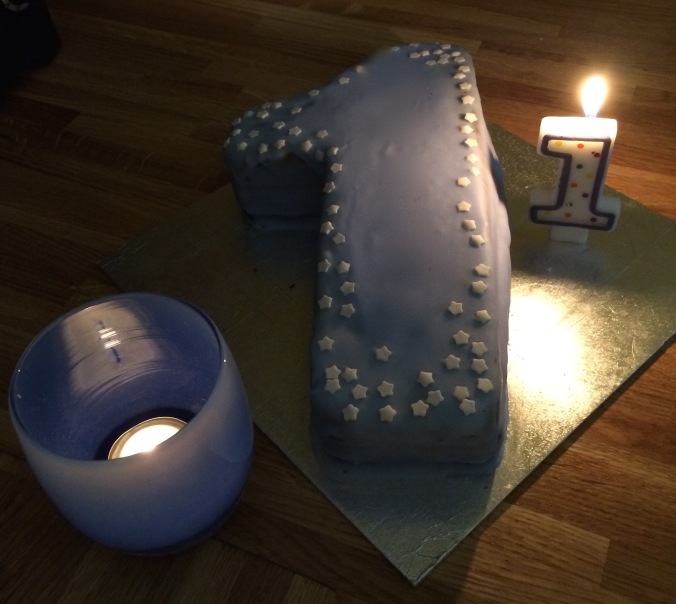